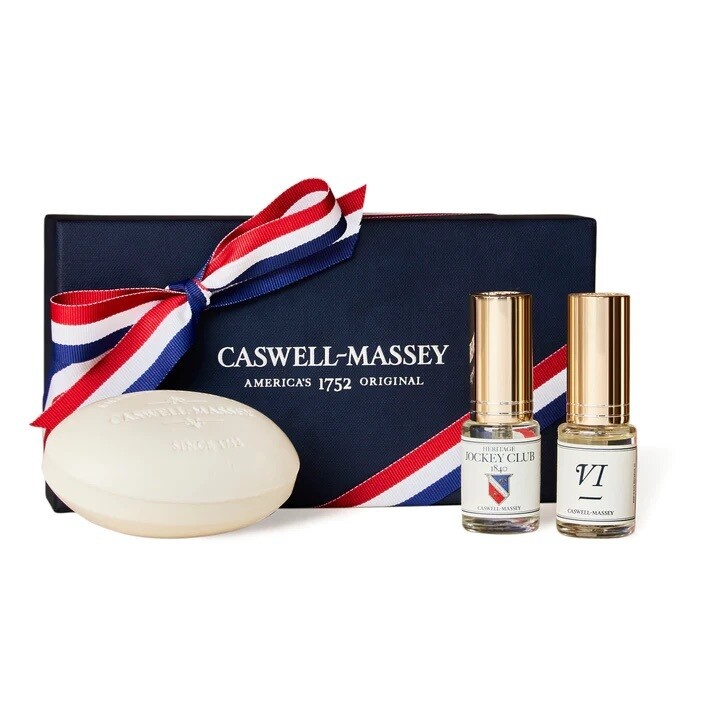 Throughout our history as America's original apothecary and perfumery, we have supplied the nation's most influential people with soaps, fragrances, and other grooming essentials. This set celebrates 270 years of heritage with three of our products most loved by American presidents.

Number Six is a relaunch of our iconic Number Six formulated in 1772—considered America's first fragrance and a favorite of George Washington. Surprisingly contemporary, it opens with smooth citrus and whispers of rose and clove, fortified with a strong amber influence. The dry-down is complex, with musk, myrrh, and subtle herbal notes.

Jockey Club is considered America's first sport cologne. First introduced at New York's Plaza Hotel in 1840, Jockey Club was off to the races, soon becoming the ubiquitous scent from Saratoga to Churchill Downs. Its patrician reputation was affirmed when John F. Kennedy became a dedicated fan more than a century after its launch.

Our best-selling plant-based, triple-milled Almond Soap has been a customer favorite for decades. In fact, it was so loved by President Eisenhower that his family brought it with them to the White House. Make your bath or shower ritual more indulgent with its rich, skin-softening lather and comforting scent.

Save this product for later
Display prices in: USD